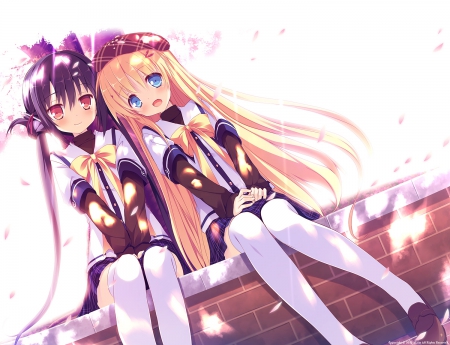 Mdz (KoiRizo PJ leader) said:
In comparison to the past me, I don’t really like translation in most instances. If I were to give the intuitive reason as to “Why?,” I’d be predisposed to argue that if a fan was truly fan, then they ought to learn Japanese. After all, to call oneself a visual novel fan without being capable to read Japanese (which the greater amount of all visual novels are written, and untranslated from) is a contentious declaration in some respects. A translation, no matter how ‘good’, by definition, likely cannot surpass the original work if the intent of a translation is to convey the original author’s sentiments. In this instance, my concern with not reading a language in its derivative prose isn’t a technical one (it is true though, that certain phrases are better left in Japanese, untranslatable to most dissimilar languages). But rather, one of scope. There are approximately 8-15 new visual novels being released monthly, with each, having at least fifteen hours of reading time. A translated work however, is announced once in a while, and completed, a year or so (at ‘good pace’) after its announcement. So if the concern was one purely pragmatic (time investment:amount of works read), then certainly, investing in learning a language would provide far more benefits than waiting patiently.
Click to expand...

The truth has been spoken.
http://mdzanime.me/2015/02/11/on-translating-self-reflection/

Kneesocks52 said:
The truth has been spoken.
http://mdzanime.me/2015/02/11/on-translating-self-reflection/
Click to expand...

Jack of all Trades